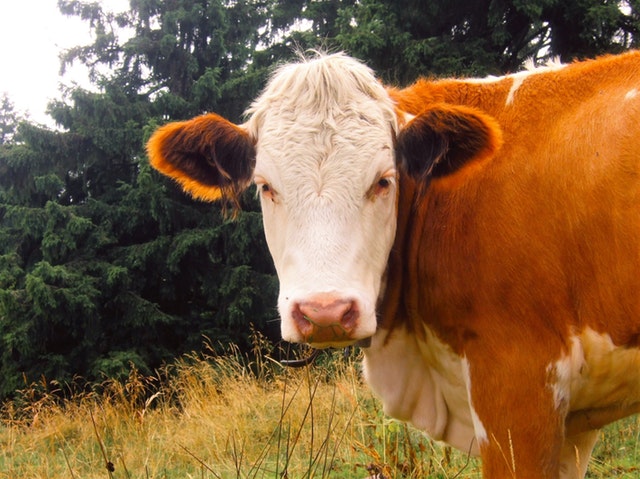 The Awkward Shopper – By Richard Lutwyche

(From the Tales of Temple Monkton series)

Although some of the farmers around here were like Phil, scraping a living from his scrapyard of a smallholding, at the other end of the scale were some real agronomists. One of the leading ones farming 1500 acres of prime arable land was Johnny, an upper class type who’d inherited his country estate. Although his voice could at times sound plummy, you’d never know from looking at him that he was public school educated or one of the wealthiest men in the county.

He almost invariably wore old plaid shirts with frayed collars and a disreputable pair of moleskin trousers on which the zip fly was long-since broken. He had a pot belly which helped disguise the embarrassing fissure in the crotch area. Depending on the weather, his feet were clad either in walking boots or – more likely – ancient wellingtons with an arthritic big toe sticking through a hole cut for the purpose.

Johnny worked hard. As well as his crops he kept a leading herd of pedigree Herefords and was renowned throughout the country for providing top breeding stock. He’d even sold bull semen to Australia, Argentina and the US. Unlike many farmers in his position, he didn’t just drive around his estate in a Range Rover, monitoring progress and his team of workers; he got down and did whatever he could himself. He never delegated the dirty jobs, just got on with them.

Consequently, he was not seen much in the village and few people knew him well. He avoided church (too busy) and the pub (ditto) but occasionally made forays to the village shop and Post Office, run by Mavis Hawkins.
Now Mavis too was queen of her own estate although it didn’t run to the sort of levels that Johnny’s did. In fact, it must have been one of the smallest shops in the country made even smaller by the fact that it was stocked to the gunnels. There was not only food and drink, sweets and cigarettes, but sewing requisites, gardening necessities, oddments of clothing, coal scuttles, children’s toys, baby requisites, pet foods and accessories, hardware, electrical accessories, fishing tackle, bags of coal and charcoal, wheelbarrows, veterinary supplies and god knows what else hidden from view. She carried more stock than the local town’s supermarket and DIY stores combined, if she could only find it.

Mavis’ problem was she could never say ‘no’. If someone – even a stranger – came in and asked for something she couldn’t find or didn’t have, she’d order a stock in on the basis that ‘there was a demand for it’. She didn’t take a deposit or even undertake to order it for the customer, she’d just get it in. Consequently, not only the shop itself but the whole house and even the garden shed were full of items that she’d perceived a demand for.

These included series of magazines from twenty years ago featuring characters from Dynasty and Blakes 7, spare parts for twin tub washing machines and Mark 3 Ford Cortinas, packets of vegetable seeds with a Best Before date of some 16 years ago, a motley selection of music cassettes, floppy disks and a video library featuring early 1990s films. There was a garden roller in the downstairs loo, a large self-service dispenser of incontinence pads in her sitting room which wouldn’t fit in the shop and a serious stock of towelling nappies and six galvanised dustbins in her bedroom.

Unfortunately, Mavis did not own a computer nor had she ever heard of ‘eBay’ otherwise with some effort she might have cleaned up not only her property but converted much of the accumulated junk into something to turn her bank balance black.

Mavis’s husband had died some years ago and it was following his demise that the levels of stock began accumulating. Alf had no interest in the world of retail but instead spent most of his time on his allotment. He justified this by displaying a sorry array of home-grown fruit and veg in front of the shop but most of the wireworm-infested potatoes and distorted carrots failed to attract any interest and ended up quietly being given away by Mavis to Phil for his collection of animals.

I was in the shop one Thursday morning with a basket, carefully selecting my shopping. Mavis wore thick lensed spectacles and even then her sight was limited. It thus paid to shop slowly, carefully examining each item in respect of its sell-by date or its likelihood to inflict food poisoning. Thus it was that I had bread and milk and was just inspecting a pack of bacon when Johnny strode in, absent-mindedly scanning items hanging from the ceiling.

“Oh, er, hello. Yes, er no, not really. It’s too humid. Need the rain.” He looked around almost furtively.

Mavis recognised his voice. She had always had a soft spot for the farmer, especially since his too-posh-for-her-own-good wife, Portia, had cleared off with the children and abandoned him for a wealthy banker-type. “Now, what can I get you, Johnny?”

I had been in the shop for 10 minutes and had been ignored!

“Oh, yes, thank you. Now, there was something.” He paused in deep thought. Then a sudden wave of relief came over him. “Ah, yes. A letter here. Needs to go recorded. Very important. The ministry you know.”

“Well come with me to the Post office counter and I’ll sort it out for you. That envelope looks very mucky Johnny – wouldn’t you like a new one as it’s so important? Actually, it smells too!”

“Ah, yes. I dropped it as I was coming through the yard and it landed in the smelly stuff as you might say.”

I could see that they were completely tied up in their transactions so I continued my examination of labels.

“I think a nice azure envelope would be more fitting than that old manila one, don’t you?” Mavis may have had little business sense but you had to admire her selling techniques. Before Johnny could respond, Mavis had deftly found a pack of Basildon Bond envelopes and removed one whilst passing the remainder into Johnny’s grasp.

“Now, you write out the address details onto the envelope and transfer the contents while I sort out the special Recorded Delivery details for you.”

Johnny obediently did exactly as he was instructed and I continued shopping as silence descended on the Post Office counter for a few minutes. I was now checking a carton of eggs but being from a local farm, there was no date of any sort on them. Dare I risk it?

Johnny finished his tasks and slid the new envelope under the grille to Mavis. There was a brief thankyou before a rubber stamp was banged down expertly three times and she slipped a receipt back across the counter. Johnny paid the sum demanded. “There you are – that’ll be in Whitehall first thing tomorrow!” she beamed.

Johnny mumbled his thanks. “Was there anything else I can get you?” she asked as Johnny struggled to stuff the remaining envelopes into his trouser pocket. I caught him looking across to see if I was listening. I turned my attention to a packet of tea, my ears straining to hear what might be said next.

“Err,” I caught him glancing across at me again. “Err, I don’t think…. No, it’s OK. I’ll have to go into town anyway.” He turned to leave. Mavis wasn’t about to let a potential sale move off so easily.

“We stock a lot more than you can see here, Johnny. Just tell me what you’re looking for.”

Johnny looked distinctly uncomfortable. He stared at the floor, halfway to his escape. Eventually, his breeding and manners asserted themselves and he turned back to the counter but he still couldn’t look Mavis in the eye. “Err…. It’s not easy. You see… I’ve never had to buy them before…” His voice trailed away and Mavis could see a sale escaping. I had spent three minutes examining a packet of PG Tips.

Mavis tried one more time. “Come on, Johnny. You can ask me!” She too glanced across to me as if noticing my presence for the first time. “Would like to come into the back?”

“Oh, no,” Johnny blurted out as a fly might on being invited into a spider’s web. “It’s… I can’t even remember what they’re called. Lady’s things. You know!”

Mavis was silenced for once. “Lady’s things?” she retorted. “Do you mean tights?”

Johnny regretted not having made his escape earlier. “Nooo. … not tights. You know… towels – that sort of thing.”

Mavis was visibly shocked. “Have you got a new lady friend?” she demanded before her salesmanship reasserted itself. “Er, sorry, it’s none of my business. Is it Lil-lets you’re after?”

Johnny was by now in excruciating agonies of embarrassment, his cheeks glowing bright pink. “I don’t know! I don’t know the difference. It’s ones that go up if that makes sense…” He couldn’t look at anyone.

Mavis stood straight as a headmistress looking down her nose. “You mean tampons!” she said in a much louder voice for my benefit.

“Yes, yes, that’s what I need. Please can I just have a box, that’s all I want. And large please.”

“A box? Yes of course you can. A heavy period she’s having then?”

“What? No. There’s no woman – had enough of that before. No, I’ve got a cow with a discharge. The cowman says it’s what she needs. It’d be much easier to just go into town and go to a self-service place.”

“Well, that’s as maybe. But you don’t get a personal service in them places. Do you?”